Google is all about freedom of information, especially after all of the trouble they have been having with China.  Now Google has created a new Transparency Map that will report on all of the censorship actions that Google has been legally demanded to take by removing content across the globe. 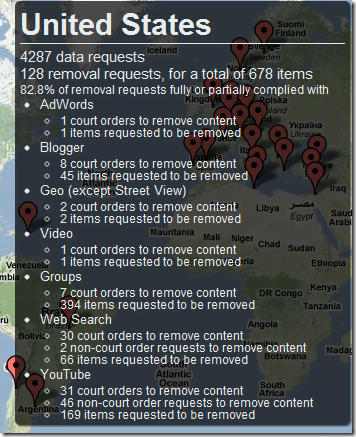 But, despite Googleâ€™s attempts at to transparently present the non-specific number of reports issued to them, China wonâ€™t even allow that saying:

â€œChinese officials consider censorship demands to be state secrets, so we cannot disclose that information at this timeâ€

See the map yourself at: http://www.google.com/transparencyreport/