Earlier this year HTC teamed up with Google and brought us the Nexus One.  The phone was the first of itâ€™s kind and set the template for all future Android phones to come. 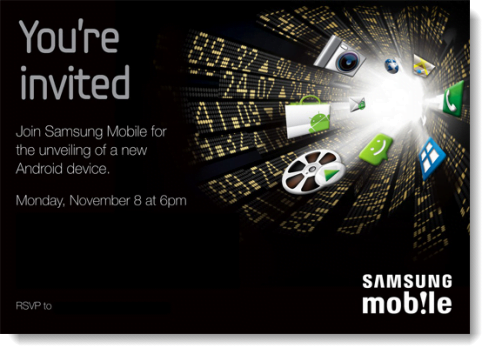 This time around Google might be teaming up with Samsung and releasing the Nexus Two.  At this point it isnâ€™t confirmed, it could just be a rumor.  But what else could they possibly be launching this Nov after just releasing their Samsung Galaxy S and Galaxy Tab line?

The specs on the device are rumored to be near identical to the Galaxy S line.  The power that the Nexus one has though is immediate Android updates, not months of waiting for lazy manufacturers to release their custom build.